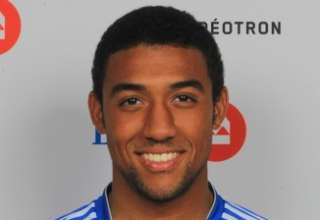 The Impact scored three goals Tuesday in its preseason match with the Los Angeles Galaxy, but a lot of the focus will be on the final marker of the trifecta.

Canadian Evan James rounded out the rout, converting a cross from Miguel Montano — who spent part of last season with the Impact in its final NASL season — to make the final score 3-0 Impact.

James, who played for both Oakville SC and Hamilton FC, was chosen as the top pick in the MLS supplemental draft. The University of North Carolina-Charlotte midfielder had an impressive combine and is clearly making his case to be the third Canadian on the Impact’s roster — as it is looking more and more likely that the Impact will be carrying the bare minimum of Canadian players allowed on the roster as per MLS rules. As of right now, goalkeeper Greg Sutton and midfielder Patrice Bernier, who started Tuesday against the Impact, are the only Canadians who have signed for the 2012 campaign.

The Impact’s camp became more crowded Tuesday, as the Impact announced the impending arrival of central defender Matteo Ferrari. With the oft-injured Nelson Rivas already hobbled by a groin issue, Ferrari, with over 200 games of Serie A experience, offers the club a veteran presence to marshal the back line.

Ferrari has not yet put pen to a contract, but is on his way to North America where he will join the club. The move confirms some of owner Joey Saputo’s cryptic utterings on social media platforms from earlier in the week, where he spoke of bringing in a player with national team experience. Ferrari has 11 senior caps with the Italian national side.

“We had an unanticipated meeting with Matteo while in Europe. He is not currently under contract with us, but he wants to play in MLS and wants to join the Impact. We are excited that he will be joining the club,” said Impact sporting director Nick De Santis in a release issued by the team. “We know the level of his game and what he can bring to the team. The details of a potential deal have to be finalized with the league, but we are confident that it can get done quickly.”

While Ferrari will give the Impact a high-profile defensive general, the impending signing also squeezes the roster for the Canadians currently in camp. With each spot taken, the opportunities for Canadian players dwindle.

As for the Galaxy game, Sanna Nyassi scored off a shot that went in off a Los Angeles defender, and Zarek Valentin scored from 25 yards out to give the Impact a 2-0 lead.

The game also saw Impact veteran Eduardo Sebrango create several chances, and he was denied by a mix of great saves from Galaxy keeper Josh Saunders, erratic finishing and the offside flag, as a goal he scored was waved off.

David Beckham had the Galaxy’s best chance of the game, pounding a free kick off the bar.

Donovan Ricketts played the match in goal for the Impact, and made several good saves against his old club.

After the game against the Galaxy, the Impact had a 60-minute friendly against Chivas USA, which featured most of the Impact players you would guess would start the season in the reserve ranks.

Casey Townsend, the 17-goal striker from the University of Maryland, got the only goal as the Goats defeated Montreal by a 1-0 scoreline.

James didn’t get a chance to rest after his goal agains the Galaxy; he was in the starting XI in the game against Chivas, and he was joined by fellow Canadians Sutton, Nevio Pizzolitto and Simon Gatti. Both Gatti and Pizzolitto, NASL veterans, are still with the Impact on an audition basis.

But, judging by the lineups of both the Galaxy and Chivas matches, it looks as if coach Jesse Marsch is carving out a first squad that he’d like to see play together.