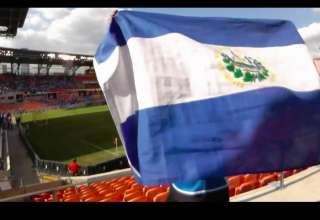 A guy named Larin made a game-breaking play in Sunday’s friendly between Canada and El Salvador in Houston.

Problem for Canada was that it was El Salvador fullback Alexander Larin, not Canadian striker Cyle Larin.

That goal was the decider in a 1-0 game that saw Canada— a team that had Cyle Larin leading the line for the first 50 minutes — create very little going forward. Yes, this was a bit of experimental lineup, without the likes of Junior Hoilett and Alphonso Davies on the wings, who may have provided some service to Larin and, later, Anthony Jackson-Hamel. The Canadian strikers on the day were isolated and, really, touched the ball very little.

In the second half, Scott Arfield had a half-decent look and Keven Aleman struck a volley right at El Salvador keeper Derby Carrillo — and that was about it for Canada in terms of attacking intent. Raheem Edwards and Fraser Aird were started in advanced positions down either wing, but Canada didn’t really trouble El Salvador down the flanks.

After what was a first half that fans from both sides would probably rather forget, as the game kicked off in temperatures in excess of 30 C. Obviously, by playing an afternoon in south Texas, where any fan who would bother to come would be wearing El Salvador blue, Canada could have a friendly which best replicated the Central American road-game experience without, well, actually going to Central America.

It wasn’t until the second half till the game hit any kind of stride, but it was El Salvador that took the initiative. Jaime Alas’s shot forced Thomas into a leaping save, and Nelson Bonilla followed that up with a curving shot that went just wide. Bonilla would later have a breakaway chance stopped by Thomas.

Kris Twardek, who plays his club soccer with Millwall, got his first Canadian senior cap late in the match. Unfortunately, for Canada, that may have been the most noteworthy thing out this friendly.