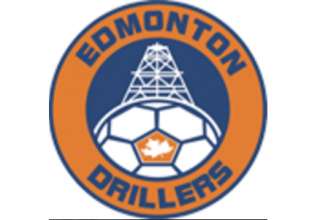 The Edmonton Drillers held their first practice less than a week ago.

Now, they are the Canadian indoor soccer national champions.

The Drillers headed south to Cowtown, jumped out to a 4-0 haltime lead and held on beat Calgary United FC 6-3 in the one-game Canadian Major Indoor Soccer League season and championship game. The win means that the Drillers will be the officially recognized national champions, and eligible to represent Canada at the next FIFRA world club championships. FIFRA held the inaugural world club championships in Mexico this past winter, with the powerhouse San Diego Sockers taking the title.

“We had two training sessions and this team was put together on a bit of a shoestring,” said Drillers’ coach Kevin Poissant. “We sort of flew by the seat of our pants. But that’s OK.”

The Drillers gathered for the first time Tuesday and trained again on Thursday. But they were up by four goals at halftime.

Lam was with FC Edmonton last season. Dhaliwal and Chris Devlin represented the alumni of the USL’s Edmonton Aviators on the roster.

Last season, Calgary won the three-team CMISL championship. But, the bubble over United’s regular home field collapsed, giving the club no place to play. And, the Winnipeg Alliance informed league president Mel Kowalchuk that the franchise would not return for 2012. Because Edmonton and Calgary couldn’t prepare for a full season, neither accepted FIFRA invitations to go the inaugural world club championship. A team representing the University of Sherbrooke filled in as the Canadian representative and finished last in the field.

With only two teams left, and one of them having no place to play, Kowalchuk shrunk the CMISL season to one game — a championship date between Edmonton and Calgary at the new Genesis Wellness Centre. But, the Genesis Centre gave the Drillers the advantage — as they adjusted to the odd size of the field before the home team did.

“We played very simply,” said Poissant. “We took advantage of the field. The field we played on was much smaller and narrower than what we normally play on, I think we were more successful taking advantage of the short field, playing direct balls over the top.”

Kowalchuk also pledged that a bigger and better CMISL, with as many as five franchises, would return for 2012-13.

Poissant hopes the league comes back — and wants to coach the Drillers again,

“The boarded game is part of the soccer DNA, and it plays well to the Canadian culture,” he said.

Now Edmonton has seized the national championship, and will have right of first refusal on international competitions this year.