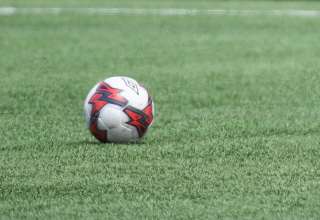 As the Canadian Premier League prepares to run seven tryout sessions through September and October, looking for the Great Undiscovered Talent, it’s a good question to ask. Sure, we all know about the Brampton hotbed, by now. The MLS teams have a good grasp on who’s coming up in Canada’s largest three metro areas.

But that’s not Canada as a whole. There has been more than one player from Atlantic Canada who has told me that, growing up, they felt that they were in a soccer wasteland, that the reach of our system ended at Quebec’s eastern border.

For Scott Rezendes, co-owner of the Soccer Syndicate, the question of scouting hits close to home. He was once the technical director for USL’s OKC Energy. He’s scouted for Major League Soccer.

And, in each of those jobs, there was a major barrier. Distance.

“I think the biggest challenges for the U.S. and Canada is the sheer size of the countries,” says Rezendes. “The U.S. is starting to take a bite at it, but only at the elite levels of youth. It’s a major impediment to scouting; the sheer size of the area you need to cover. And, so far, no association has been able to solve the problem. And there isn’t one club or entity that’s been willing to take on the problem.”

For example, a coach in Halifax might not know there is a player out in Winnipeg who might be able to fill his needs. How to unite them?

Rezendes and his partner, Matt Martin (the Portland Timbers’ former director of domestic scouting) are developing a network of scouts, and want to grow their influence in Canada. So far they have three scouts in Canada. One in Vancouver, one out in Halifax and, of course, one in Brampton, Ont. (Rezendes scores extra “honorary Canadian” points for saying “Brampton” and not referring to it as “the GTA” or, simply, “Toronto area.” Your Sonny’s cheeseburger is on its way.)

It’s not a secret that Martin and Rezendes want to work with CanPL teams.

Rezendes said that there may be some parts of the country where a new scouting method isn’t needed; for example, Edmonton has a very tight soccer community that’s already heavily scouted (the Whitecaps, it can be argued, do a better job scouring Edmonton than they do in any of the other cities outside of Vancouver). But he thinks some of the Canadian Premier League teams are isolated and could use a service that helps them better identify prospects who might be a time zone or two away.

Even the seven tryouts aren’t covering the whole of the country. But, even with seven different sessions, covering four different time zones, there will still be many, many prospects who won’t live close to any of them. Canada is a big, big country. Saskatchewan, for example, hasn’t been chosen to host a session, so players from that province will need to make the haul to either Winnipeg or Calgary for tryouts. Knowing that, Joe Belan — who is working to bring a CanPL team to Saskatchewan — tweeted out that he and Goodmans LLP partner Grant McLaughlin will help cover the $200 trial fees for Saskatchewan-based players who need the help.

The Canadian Premier League is “part of an explosion of professional soccer clubs in North America,” says Rezendes. But, at the same time, many of these new clubs don’t have big staffs. Coaches are often also the technical directors and general managers.

And this is where distance is an issue. Scouting isn’t keeping up with the number of new USL teams and Canadian Premier League teams. Open tryouts are one thing, but they often don’t tell the whole story. An open tryout gives a player a very, very small window where everything has to go right for him. Through detailed scouting, teams get better pictures of how a player is performing over the course of a season.

As the soccer industry grows, as more teams are birthed, so does the hunger for talent. And it’s hard to leave no stone unturned, well, if some of the stones are three time zones away.