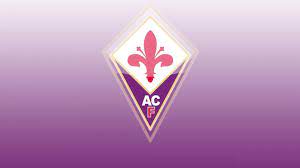 The Montreal Impact concluded its Italian tour of friendlies with a 1-0 win Thursday over Fiorentina.

In a game that the Italian side marketed as a return match of its 2010 friendly in Montreal, members were given the chance to buy tickets for five Euros, while others would have to pay 10 Euros to see the match. Judging by the smattering of fans seen in the video feed, those discount prices didn’t bring a stampede of fans to the gates.

But what most of the Fiorentina members would have missed was a composed performance by the visiting team. Marco Di Vaio scored the only goal of the match. His first-half marker came off an indirect free kick in the Fiorentina penalty area. The ball was quickly rolled back to Di Vaio, and the Viola’s purple wall of defenders was slow to react to the initial touch. Because the wall didn’t move towards Di Vaio, it allowed him a channel to blast his shot into the top corner of the net.

Fiorentina had 56 per cent of the possession and enjoyed some nice periods where it put the Impact under pressure, but Impact keeper Evan Bush was only called on to make a couple of tidy saves and more than a few catches of speculative crosses and corners.

The Impact had a great late second-half chance to make the score 2-0, but Andrew Wenger’s blast from the top of the penalty area was parried away by diving Fiorentina keeper, Neto.

Alessandro Nesta started the match, and acting head coach Mauro Biello waited until minute 51 to haul him off, so the veteran Italian defender could soak up the applause of those in attendance, appreciative of a wonderful Serie A and national-team career.