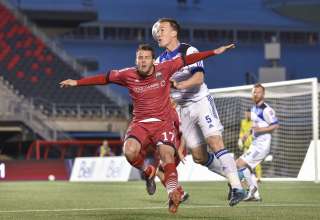 The Ottawa Fury announced Tuesday that the team is moving to USL for the 2017 season. But that move can’t become official until it receives sanctioning from Canada Soccer.

Canada Soccer confirmed Tuesday that it will look at the Fury’s bid to move to USL this December.

“Canada Soccer has received an application from Ottawa Fury FC pertaining to their league status for the 2017 season,” read a statement for the CSA. T”he application will be assessed at the upcoming Canada Soccer Board of Directors meeting, currently scheduled for December 4, 2016. A decision will be taken by the Board at that time.”

Until the board votes — and approves the move, the Fury’s move to USL is still at “pending” status, even though the team and USL announced the move.

Canada Soccer’s stance in the past has been to not sanction independent Canadian teams in USL, though it has softened its tone over the years and is willing to look at applications on a case-by-case basis.