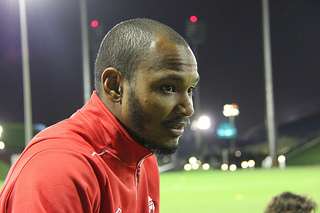 Julian de Guzman is a free agent no longer.

In a one-line press release published on its website on Monday, Greek club Skoda Xanthi announced that it had signed the Canadian midfielder.

De Guzman joined Bundesliga 2. side Jahn Regensburg during the January transfer window. Even though the former Toronto and FC Dallas Designated Player saw regular playing time, he couldn’t save his club from a last-place club. Out of contract at the end of the season, he had spent the summer looking for work. In late May, he hinted that he was looking for another club in Germany (CLICK HERE).

De Guzman’s club is set to go to Belfast this week for the second leg of their second-round Europa League qualifier. Linfield, the former club of the FC Edmonton trio of Albert Watson, Robert Garrett and Daryl Fordyce, won the first leg in Greece, 1-0 and holds a major advantage heading home.

It’s not announced if De Guzman will be eligible to play in the second leg.