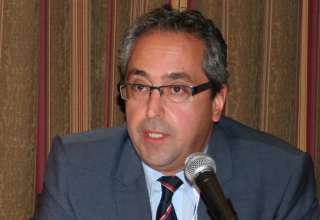 The Canadian Soccer Association funds the salaries of 14 NWSL players this season.

But, the hope is that soon there will actually be a Canadian team in North America’s top women’s soccer circuit. Currently, the Canadian players are spread through nine U.S.-based franchises. Peter Montopoli, the Canadian Soccer Association’s General Secretary, hopes that it will change after Canada hosts the Women’s World Cup in 2015.

“Absolutely. We believe that, after 2015, the interest will be there for at least one city to be a part of NWSL,” said Montopoli. “The interest will merit it…. It certainly presents an opportunity for an owner (in Canada) to be part of NWSL. We have had those initial discussions with NWSL but we’re currently waiting to see the success of 2015 before we get there.”

Montopoli was in Edmonton Wednesday to make a presentation to the city’s Chamber of Commerce. It was interesting to note that, when he explained the CSA’s relationship with NWSL to Edmonton’s business community, he called this country a “partner” in the league, along with the U.S. and Mexican soccer federations. He did not simply say that Canada had the option to pay the salaries of up to 16 players in the league.

(Because of a knee injury to Selenia Iacchelli, and Desiree Scott’s decision to leave NWSL, the CSA is only supporting 14 players in 2014.)

He told those at the luncheon that it was important for Edmontonians not just to be there, “but be a sea of red.”

“To think that one team sport, one women’s sport, can break the record. It would set the standard for women’s sport in this country.”

As well, he lauded Edmonton for being the birthplace of Canada’s international success — at least when it comes to hosting tournaments. He said that the final of the U-19 Women’s World Championship, held in 2002 at Commonwealth Stadium, set a new standard when 45,000 came out to watch. And that set Canada on a journey that led to the 2007 U-20 World Cup, and the U-20 Women’s World Cup and Women’s World Cup.

But he said that this year’s U-20 Women’s World Cup is much different than the 2002 tourney that wrapped up in Edmonton.

“It’s a different tournament now, because FIFA’s changed. They have many more standards and protocols and, certainly, more staff. And, for us, it’s different because we are literally across the country, from Edmonton to Moncton. It presents some differences in terms of air travel.”

He said that the roster of Canada’s U-20 women’s team, revealed on Wednesday, follows through on the development plan that should produce “more Sinclairs, more often.” (Of course, in reference to Canada’s all-time leading scorer, Christine Sinclair).

“I think we have one or two Sinclairs in there,” said Montopoli.