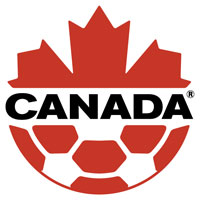 The Canadian Soccer Association is looking for a new broadcast partner.

The CSA confirmed that it and the network have mutually agreed to part ways, even though Sportsnet’s broadcast deal to show Canada’s national teams was set to run till the end of 2015.

As of this moment, there is no broadcast deal in place to show either the June 11 or June 16 World Cup qualifiers between Dominica and Canada.

The CSA indicated that there were issues in finding space for national-team programming on the Sportsnet networks — some of that do to increased commitments to other sports. In 2014, Rogers began the first of a 12-year, $5.2 billion deal to broadcast the National Hockey League. The company also owns the Toronto Blue Jays.

The CSA says that it “is exploring broadcast avenues” for Canada Soccer as a whole, and is looking at ways to get the Canada/Dominica qualifiers in the air.

The deal does not affect the Amway Canadian Championship, which remains with Sportsnet.