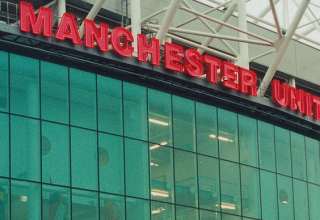 Since Toronto FC came into existence, a number of the lesser lights of the English Premier League have come to BMO Field to play some pre-season football. Aston Villa. West Ham United. And, earlier this year, Bolton Wanderers.

But, when Bolton came to Toronto in 2010, the atmosphere was a little different. It was clear from talking to players and manager Owen Coyle that the club believed that the coming Premiership season was going to be wide open, that the likes of Chelsea, Manchester United and Arsenal were going to turn the world’s most popular sports league into their own three-team tournament. And it wasn’t because Manchester City and Tottenham were spending money to bring in players — it was because Bolton’s personnel felt that the gap between the big boys and the second tier has shrunk considerably.

“When we are at our maximum we can beat any of the top sides in England,” Coyle said confidently — and you got the feeling that this wasn’t just a cliche or bluster from a coach looking to motivate his team in the preseason. He meant it.

Well, 13 games in the season, Bolton sits fifth in the table, nine points behind Chelsea.

Chelsea leads the Premiership with 28 points from 13 games, an average of just over 2.15 points per game. Rounded up, that average would see Chelsea win the league with 82 points over a full 38-game season.

But, remember that Chelsea started the 2010-11 season with five straight wins. In the eight games since then, the Blues have managed just 13 points, including Sunday’s stunning 3-0 home loss to Sunderland. So, Chelsea is moving closer and closer to that two-points-per-game average with each passing week.

And it’s not like their competitors are taking advantage. Arsenal, which normally only loses at home to Chelsea or Manchester United, has lost to two promoted sides at the Emirates this season. Manchester United has drawn seven of its 13 matches. Manchester City, despite spending hundreds of millions in the off-season, is easily the best team in England in one area: Boring fans to death. Not only has Roberto Mancini’s team underwhelmed, each and every week is a testament to negative, uninventive football. Mancini makes Tony Pulis look like a practitioner of Total Football.

But the parity that has come to the Premier League isn’t a bad thing; it’s a wonderful thing. The league has successfully sold itself on its glamour clubs, and the viewership numbers keep going up. Ironically, though, if the National Hockey League or National Football League saw only the same two or three teams dominate year after year, they would lose viewership and sponsors. Coming from a North American sports culture, where we demand that each and every team has hope at the start of every season, the success of English and Spanish football seems to be an anomaly. How could fans be riveted to watching teams like Bolton grit their teeth and finish mid-table every season?

But, this year, Coyle has been proven right. Just days after Tottenham throttled Inter Milan in Champions League play, Spurs lost to Wanderers by a 4-2 count. It was proof of how unpredictable the English League has become.

In 2007, then-Los Angeles Galaxy president Alexi Lalas caused a stir when he suggested Major League Soccer was on par with the Premiership. Look, Lalas was way out of bounds when it came to quality of play; but where he hit it right on the head was that MLS, as a league, was more engaging than the Premiership. In MLS, anyone can win, anyone can lose. The differences between the eight playoff teams in 2010 — as was the case in 2007 — are paper thin. In MLS, it’s never same old, same old.

But, lets hope that this season isn’t the sign that Man City can spend its way to a championship after all — or that Chelsea could run away and hide. The longer teams like Bolton can stay in touch with the leaders, it’s a sign that the level of football in England is still improving. So, if Chelsea or Arsenal or United or even Bolton wins the EPL in 2010-11 with what could be the lowest point total to claim the league since the word “Premiership” was slapped onto the league, it’s a wonderful sign.

Now, if the clubs could only get their finances in order.