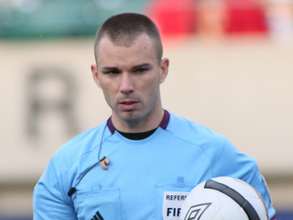 The Vancouver Whitecaps couldn’t keep their six-game unbeaten run going Saturday night, falling 2-1 to the Los Angeles Galaxy on the road at the StubHub Center through goals from Jose Villarreal and Gyasi Zardes.

Camilo scored Vancouver’s lone goal on the night with a well-taken first-half strike to increase his MLS — leading tally to 13 — his recent run of form means he’s now scored 11 goals in his past 10 matches. His goal came 19 minutes in, as right fullback Lee Young-Pyo skimmed a cross into the middle to Russell Teibert. The Canadian then knocked the ball into space immediately, which Camilo ran onto before sliding the ball under Carlo Cudicini.

Ultimately, the Whitecaps couldn’t hold on, as Villarreal equalized 10 minutes later. The play created plenty of controversy, as the assistant referee held his flag up to signal offside on the play but, after consulting with referee Chris Penso, the decision was made to award the goal. A pool reporter asked Penso about the decision following the match.

Replays appeared to indicate the officiating team made the correct decision, but the circumstances of that play were certainly unusual.

“We went down right away,” Whitecaps midfielder Gershon Koffie said on the post-match radio broadcast. “The decision has been made and we can’t do nothing about it, so we had to play. But mentally it was difficult. This is the first time seeing [something like that ]in my life.”

Forward Kenny Miller was equally surprised at the decision, saying he’d only seen an official reverse his decision once before in his long career.

“It was a strange situation,” Miller said. “Obviously it was hard to take at the time when you think the goal’s not going to be given, but then the decision is overcome like that – it’s a bit disappointing.”

Following the peculiar circumstances around the equalizer, the Galaxy continued to surge. The Galaxy’s endeavour and quality — despite missing Designated Players Robbie Keane and Landon Donovan as well as star Robbie Rogers — showed throughout, as Vancouver was outplayed for large stretches of the match. That pressure eventually paid off with what would turn out to be the game winner in the 57th minute, as Zardes latched onto a ball from Todd Dunivant, before beating Brad Rusin near the endline and slotting past goalkeeper Brad Knighton for a near-post finish.

The Whitecaps’ best chances came through substitute Kekuta Manneh, who helped set up two late opportunities, first sending Miller through alone on goal with a penetrating through ball, before putting left fullback Jordan Harvey through into the area before the play was eventually broken up.

“I thought he was fantastic when he came on,” head coach Martin Rennie said. “He’s got such great ability. His weight of pass in the final third is fantastic, created a great chance for Kenny and others. I thought he was very lively and that was probably one of the bright spots from tonight and something we can hopefully build on and get the most out of him.”

With the loss, the Whitecaps fall to 9-6-5. The club is back in action on Saturday at BC Place, as it hosts the Philadelphia Union.

“I think the way results went this weekend there wasn’t too much lost,” Rennie said. “But it was a chance to gain maybe that we didn’t take.”