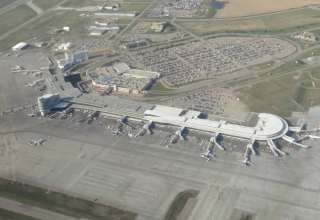 How long is the road trip between Edmonton and Bayamon, Puerto Rico?

It’s the longest road trip in a North American pro sports league. At just a little more than 5,600 km, it’s about the same distance as a flight between Toronto and London, England, or a jaunt between Ottawa and Oslo, Norway.

The Eddies don’t play NASL expansion side Puerto Rico FC till Saturday; but the Eddies will embark on a 13-hour-plus trip on Wednesday. The Eddies will have Thursday and Friday to recover from the arduous journey — and to get acclimated to the Caribbean heat and humidity.

The Eddies will leave Edmonton International Airport on Wednesday at 8:30 a.m. MT, then get on a two-and-a-half-hour flight to Minneapolis.

The Eddies will spend an hour and a half waiting at the airport there. Then, around 1:45 p.m. CT, their flight to New York will depart. That three-hour flight is scheduled to get to New York at 5:45 p.m. ET.

Then, there’s a one-hour-and-45 minute wait till the team’s flight to Puerto Rico leaves from New York. From there, it’s about a four hour flight. If the flights are on time, the Eddies are set to arrive in Puerto Rico at 11:39 p.m. local time. Puerto Rico is in Atlantic Time but, because it does not observe Daylight Savings Time, it is currently only two hours ahead of Edmonton. So, 11:39 p.m. Puerto Rico time is 9:39 p.m. Edmonton time.

Wait, no Daylight Savings Time? Does that make Puerto Rico the Saskatchewan of the Caribbean?