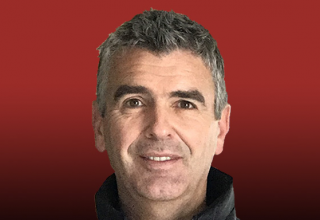 James Easton, who on Wednesday was announced as the vice-president of the Canadian Premier League who will oversee on-field competition, imagines a national-team that will be competitive at the 2026 World Cup.

Canada is part of the United bid, along with Mexico and the United States, to host the World Cup in 2026. If the bid wins, Canada would get an automatic berth.

The Canadian Premier League, which will be recognized as this country’s first division, is set to kick off in 2019.

“I imagine that we’ll be competitive,” Easton says of Canada in 2026. “We can score a couple of goals, maybe win a game, maybe get out of the group stage. We need to look like we belong there.”

For a country that hasn’t qualified for a men’s World Cup since 1986, “being competitive” is a major goal. And we’re not there yet.

Easton is a former Whitecap and national-teamer who also played in Scotland and for the Tampa Bay Rowdies. He then moved on to be a top-level soccer adviser through his Rethink Management Group. He will now work full-time for the CanPL. He was the author of the Easton Report, which, five years ago was released to the public and looked at the viability of pro soccer in Canada. Easton said that, yes, he imagined then that we’d get to the point where we’d be launching our own national league.

Easton shared some thoughts on how he sees the league, and what the long-term goals are when it comes to developing Canadian players.

Of course, as the Canadian Premier League continues to build towards its 2019 launch, there are many questions about how the teams’ rosters will be shaped.

While the minimum number of Canadians that need to be on each team’s roster has yet to be finalized, Easton said there are some “overarching guiding principles” that the CanPL has adopted.

“This league’s primary purpose is to develop Canadian players for our national team,” he said.

But, the league is discussing not only the minimum numbers of Canadians a team will need to have, but those minimums could be age-based, as well. Easton said the CanPL is looking at the Mexican example, where teams are required to give U-20 nationals a required amount of playing time — such as a minimum of 1,000 first-team minutes for U-20 domestic players.

“We have to look at this league as a long-term solution.”

Easton said the CanPL is in preliminary discussions with League1 Ontario and the PLSQ to work on a player pathway.

“We want to see those players develop,” he said. “And we need to develop a realistic pathway for the player who is 14, 15, 16 years old.”

As well, preliminary discussions have been held with U Sports, about the possibility of a draft that involves players from Canadian universities. Remember that John Smits, a former NASL Gold Glove winner, and NASL Best XI alumnus Paul Hamilton came through the Canadian university system.

And, when the league launches and rosters need to be filled, it might not be a free-for-all off the bat, even though the league has preached the independent-club gospel.

“Initially, I can see that there will be some kind of mechanism that will help allocate players to our teams,” said Easton. “And then, potentially eight to nine years down the road, it will be up to the individual teams to work out how they will get players.”

Easton’s portfolio is on-field activities, so that includes referees. Last year, CanPL president Paul Beirne suggested that fans will need to be patient with the Canadian crop of officials — that we’ll need to accept that some mistakes will be made.

Easton agreed with that.

“I think, initially, we’re going to take our lumps and learn from them,” he said. “We will improve on what we need to improve.”

“The way to develop players is put them in new environments and then see how they can adapt, and how they can learn. It’s the same with our referees.”

Easton said, if you look at each market individually, soccer might not seem like such a great investment. But, when you take a collective look at the country as a whole, the picture becomes a lot brighter. Canada’s viewership for major soccer events is strong, it is one of the top nations when it comes to buying World Cup tickets, and pick-up of soccer video games (yes, we’re looking at you, FIFA 18) is strong.