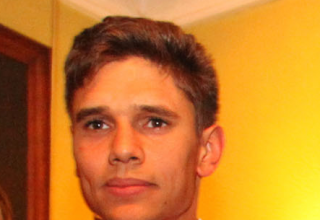 The stalemate, on the third and final game day of the 2011 Carolina Challenge Cup, secured United’s second consecutive tournament title.

The contest marked the return of Dwayne De Rosario, who has been recovering from a minor injury, and 2010 team MVP Adrian Cann, who on Friday arrived to TFC’s Charleston, S.C.-based training camp for the first time after heading back to Toronto on March 2 in a contract dispute.

While De Rosario received the starting nod as an attacking midfielder, Cann entered at left back to begin the second half.

TFC head coach Aron Winter acknowledged that Cann’s main position is centre back but said he wanted to try 30-year-old on the left, as depth is needed at that position.

After the game, Cann offered a public apology:

“I just want to apologize to the fans of Toronto as well as the organization, and my fellow teammates as well as Aron,” Cann said. “My heart is always with Toronto, and it will never change. Aron always wanted me to come back and I think we’re on the same terms. I made a mistake by leaving; I had a mental lapse. It happens, but it won’t happen again. I just want to concentrate on the season, get off to a good start against Vancouver and win a championship.”

Winter did not want to comment on Cann’s decision to return but was complimentary of the defender’s performance against United.

The Reds nearly lost possession deep in their own end on several occasions early in the game, and in the 12th minute, D.C. United made them pay. Chris Pontius stole the ball from Nathan Sturgis 30 yards from goal, ran at three TFC defenders and laid a through ball to U.S. international striker Charlie Davies, who blasted a shot past Stefan Frei for the 1-0 lead.

Toronto, playing much more creatively than in its previous two games, leveled in the 19th minute and then took a 2-1 lead nine minutes later.

De Rosario turned the corner on a United defender and put a diagonal ball towards the top of the box, which deflected into the path of Gianluca Zavarise. The new signee was barreled over by United’s Dax McCarty and earned a penalty kick. De Rosario reaped the reward for his effort, finishing to the upper-right corner past Pat Onstad, a former teammate on Canada’s national team.

Onstad retired in December to serve as D.C. United’s goalkeepers coach, but injuries forced the 43-year-old back onto the playing field. Now a player-coach, Onstad is likely to start in United’s season opener on March 19.

The go-ahead goal came off the foot of Maicon Santos, who was trailing United defender Perry Kitchen as he ran onto Frei’s long ball downfield. Kitchen took an errant touch and Santos forced his way around the rookie, gently placing the ball into the lower corner to put the Reds on top in the 28th minute.

Toronto went into the locker room at halftime with the advantage, but not before left back Mikael Yourassowsky was sent off for a pair of nearly-identical yellow card infractions within a two-minute period.

As expected, the Black-and-Red put heavy pressure on TFC’s defense in the second half. United tied the contest in the 61st minute when Santino Quaranta got in behind the defense and put a ball across the face of the goal to Joseph Ngwenya, who made no mistake from six yards out.

“It felt good to get my legs back under me and to play in the match,” said De Rosario, who was pleased with his team’s effort on the night. “Guys kept their heads up and we fought back and managed to come into the half [leading] 2-1 even with a man down. We knew it was going to be difficult for a whole 45 minutes against a team that keeps the ball very well, but I think we did a fairly good job playing with a man down.”

Both teams fielded lineups that will closely resemble their starting 11 for the season opener next weekend. Along with Onstad, United’s lineup included Canadian national team member Dejan Jakovic.

Fresh off a strong showing for the Canadian squad at the CONCACAF Under-17 Championship in Jamaica, Toronto FC Academy product Keven Aleman did not feature during the 2011 Carolina Challenge Cup.

Now finished with a lengthy preseason tour that included stops in Turkey, Florida and South Carolina, the Reds will return home to Toronto on Sunday, where they will train before traveling to Vancouver for the March 19 season opener against the expansion Whitecaps.

Striker Alan Gordon, acquired Friday from Chivas USA in exchange for midfielder Nick LaBrocca, will meet the team in Toronto.