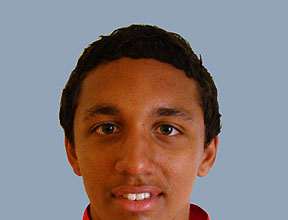 For the second game in a row, a Canadian team faced adversity on Central American soil, And, unlike so many editions of Canadian national teams we’ve seen before, they rose to the occasion. Canada fell behind twice to Jamaica in the quarterfinal of the CONCACAF U-17 Championship quarterfinal in Panama. And twice they came back — and then some. Final score, Canada 4, Jamaica 2 — and coach Sean Fleming’s crew wrapped up a spot in this year’s U-17 World Cup in the United Arab Emirates. Late last week, Canada fell behind 1-0 to Costa Rica in its final group-stage match, but rallied with a late goal from Hanson Boakai to ensure the end of that match wouldn’t be a nervous one — and clinched the Group B title. And Canada trailed to Jamaica, too. The quarter-final, the most important game of the tournament for the Canadians as it acted as a single-game World Cup qualifier, didn’t start off well for the boys in red. Jamaican striker Khalil Stewart got behind the backline and converted the chance, just five minutes after the kickoff. The Canadians dominated the possession afterwards, and it almost felt like the Jamaicans were trying to nurse the 1-0 lead even though the game had just begun. Boakai, the FC Edmonton teen, had a chance int he 12th minute, as he broke in off the right side, but his chance was denied by Jamaican keeper Nicholas Nelson. Marco Bustos then smacked a chance off the post. But with time winding down in the half, Canada got its equalizer. Andrew Gordon got his head to a long ball played into the box by defender Ian Fernandes. The ball hit the bar and looped into the air. Gordon stuck with it and nodded in the rebound. Fernandes, though, wouldn’t stay in the good books. He was the third and final defender beaten by Stewart just before halftime. The striker was able to step inside of Fernandes before rocketing a shot into the top corner to give the Jamaicans the 2-1 halftime lead. So many times in these circumstances, we’ve seen Canadian teams fold. But the Canadians teens came out and dominated the second half. Boakai tied the match in the 60th, he took a low cross from sub Jordan Hamilton and banged the shot off the post. But, like Gordon, Boakai stayed with the ball and banged in the rebound. Rebounds were the theme of the match. Canada took the lead when Gordon was able to put in his rebound after Nelson stopped the initial chance. Bustos provided the cross that begun the play — and Canada was finally in the lead with 15 minutes to play. Hamilton got the insurance goal, and Canadians were able to celebrate a comeback on Central American soil, rather than yet another match that had got away.
Load More Related Articles
Load More By Steven Sandor
Load More In Uncategorized