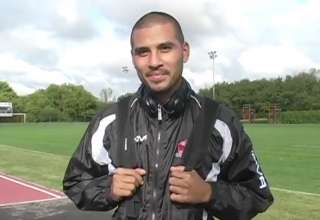 Kenny Caceros had his chance to show what he could do at last month’s NASL combine. Now, the Capital City FC defender/midfielder is going to get a shot to crack FC Edmonton’s roster.

Caceros, from Ottawa, is on FC Edmonton’s list of players who will head down to Arizona on Monday to take part in the team’s training camp in Casa Grande. Caceros was a big part of Capital City FC’s push to get to the Canadian Soccer League final in 2011, and played 64 career NCAA matches for Syracuse University.

Three more new faces will join Caceros. Fabrice Lassonde, the Canadian right winger who spent several seasons at Ingolstadt 04 at the Bundesliga 2., is out of contract and looks to make what is an already crowded FC Edmonton midfield even more congested. Lassonde is also part of the Canadian U-23 player pool.

French midfielder Barthelemy Serisay, who made more than 100 appearances for SC Bastia, looks to add to the Gallic connection with FCE, joining country men Jonathan-Joseph Augustin and Kevin Hatchi, who are both signed for the 2012 NASL season

And, Lester Benelli, who played with new FC Edmonton striker Yashir Pinto on the Chilean U-20 side, is also coming to camp.

Also on the list is former D.C. United defender Barry Rice, whose MLS career was hampered by concussions. But Rice had a fantastic collegiate career at the University of Kentucky, where he was Conference USA’s Defensive Player of the Year. FC Edmonton had previously announced Rice would be at camp.