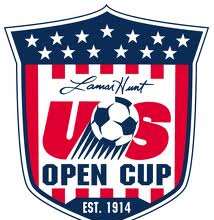 Hamilton, an NASL Best XI defender from last season, didn’t get the start for the Carolina RailHawks as they kicked off their match against the Los Angeles Galaxy on Wednesday in front of more than 8,000 fans in Cary, N.C. The Calgary native was still recovering from a concussion suffered in NASL play.

But, after the RailHawks took a 2-0 lead on goals from Austin Da Luz and Brian Shriver, the Calgary native and former FC Edmonton fan-favourite was called on in the 72nd minute to help the RailHawks preserve the lead. And, even though the Galaxy, led by recently-acquired and out-of-retirement midfielder Robbie Rogers, got a few dangerous crosses into the box, they couldn’t breach a defensive line marshaled by Hamilton and former Toronto FC draft pick Julius James.

Meanwhile, in Tampa, Arango started and played the full 90 as the Rowdies stunned the Seattle Sounders, 1-0. The Sounders have been to the finals of the last four U.S. Open Cups. But striker Georgi Hristov tapped in a rebound off the hands of Sounders keeper Marcus Hahnemann into an open goal, and then the Rowdies held on for dear life.

In the 85th minute, Rowdies keeper Diego Restrepo guessed correctly and stopped an Obafemi Martins penalty, after Rowdie Jordan Gafa was sent off for a hand ball in the box.

Arango previously played for the Toronto Lynx and Montreal Impact — and is a former Canadian U20 ad U23 team member.