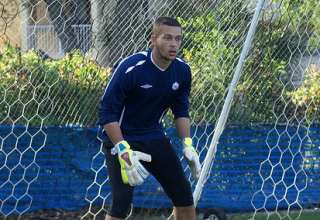 Canadian U-23 coach Tony Fonseca has made four cuts — and is going with a very young lineup for the CONCACAF Olympic qualifying tournament, which begins Thursday night in Nashville.

The Canadian roster features only four of 20 players who were born in 1989, the earliest birth year for eligible players. Seven of the 20 were born in 1992 or later. And, it was the younger charges who stayed, while the older players were cut. Huddersfield Town keeper Simon Thomas, who turns 22 next month, isn’t on the squad. FC Edmonton forward Kyle Porter, 22, was not on the final roster. The same fate befell Mozzi Gyorio, the midfielder who turns 23 this year. Gyorio was on trial at Sporting Kansas City and reportedly mulling over an offer before coming to the Canadian camp. Defender Tristan Grant, at 20, was the youngest of the cuts.

Meanwhile, two members of the team that went to the U-17 World Cup in 2011 are on the side, Vancouver Whitecaps Bryce Alderson and FC Metz midfielder Samuel Piette.

“One thing I am very positive and comfortable about, is their will to go out and play,” said Fonseca.

“I got the ones that have the talent and the potential to move forward.”

Two weeks ago, Alderson admitted he got a “last-minute” call to join the team. But the two-time national under-17 player of the year has slotted right into Fonseca’s plans. The U-23 coach has had his eye on Alderson as the player has developed through the Ontario youth ranks to the Whitecaps Residency, to the U-17 World Cup and now to MLS as a Generation Adidas player.

“He’s a very, very composed player,” said Fonseca. “He can play fast, he can play slow.”

And Fonseca didn’t want to get into the specifics of Eintracht Braunschweig’s Randy Edwini-Bonsu’s inclusion. On Monday, Edwini-Bonsu told The 11 (CLICK HERE) that he’s promised his Bundesliga 2. side that he will return to Germany after the semifinals if Canada makes it that far. If Canada wins a semifinal, it is assured an Olympic berth, so Edwini-Bonsu was willing to sacrifice the final in order to get his team’s consent to let him go.

Instead, Fonseca said that he thinks clubs need to consider that one international game, in hs mind, is worth the experience of four league matches. And with such young players on hand, the experience gained from the tournament could be invaluable.

“But we understand why clubs are not releasing players,” said Fonseca. “They are not obligated to.”

Canada faces El Salvador Thursday in Nashville, and Fonseca admitted he knows nothing about the opposition.

“We expect them to be a competitive team,” he said. “Their players have been together longer than us.”

After Porter was cut, FC Edmonton issued a release where it revealed the forward was trying to play through an undisclosed injury.

“The decision made was hard for me to handle because my heart is with the team and I would do anything to play with these guys,” Porter said. “I have so many good friends on this team and have so much respect for the staff. I respect Tony’s (Fonseca) decision and hope that we can, as Canada, move forward and qualify. I still feel a part of this team and I know they will represent Canada well. It’s something that will take time to get over but I have to worry about my health and my club now. I wish everyone on the team the best.”