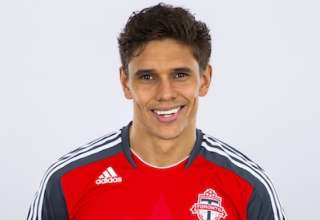 As it stands, nine players from the three Canadian MLS teams will be on offer in Friday’s MLS Re-Entry Draft.

Teams have until Thursday to come up with new deals with the players they have made available, so there is a small chance that some of these players could come off the list. But the word “small” has to emphasized.

Since the Re-Entry Draft process was introduced in the 2010 season, it has been rare to see an out-of-contract player or a player whose option wasn’t picked up taken in Stage 1 of the Re-Entry Draft process. That’s because a team would have to pick up the option price of the contract, and a lot of these options weren’t picked up because these players were deemed too expensive to bring back. In a case of an out-of-contract player, the team would have to make a “bona fide” offer, which means a comparable salary to the 2012 number,

So, while there are useful players in the re-entry process, GMs would rather sit and wait until at least Stage 2 — and after — where they can make offers to these players without being tied to the 2012 contract numbers.

The Whitecaps added veteran midfielder John Thorrington to the list on Monday, when they announced they had declined the option on his deal.

Michael Nanchoff, a first-round pick a couple of years ago but who only made 14 MLS appearances over two seasons in Vancouver, was also let go.

Montreal’s Justin Mapp and Toronto FC’s Eric Avila are also on offer. There is interest from both of those players’ clubs in bringing those players back, but the fact they are on the pile shows that the front offices feels they were overpaid and shouldn’t come back at a comparable number.

Here are the players on offer, and base compensation in 2012