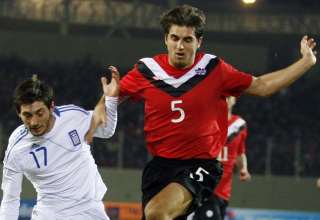 If his preseason is any indication, 2011 is going to be a busy year for Dejan Jakovic.

The 25-year-old central defender had been in camp with D.C. United for a two-week stretch before receiving the call to join up with Canada for the Feb. 6 friendly over in Larissa, Greece. Jakovic went 90 minutes in the 1-0 loss to Greece, and the hectic travel schedule required him crossing half the globe and back as his club team continued MLS preparations in Florida. However, after a couple of days off, he jetted out to Oxnard, Calif. well rested, where he’ll spend this week continuing to prepare for the 2011 MLS season.

“So far I’m feeling great. Preseason has been going well,” he said. “We have a very young team. [We’re] getting gelled with the back four, getting to know each other.”

Entering his third season with D.C. United, this year could be similar to his first year with the team back in 2009.

In his debut season with D.C., Jakovic missed some time for the CONCACAF Gold Cup. With the bi-annual tournament to be held again this summer, he is aiming to remain a fixture with the national team while also helping his club bounce back from a very poor season in 2010.

Last year didn’t go as planned for D.C. or for Jakovic on an individual basis. A poor goal-scoring record of just 21 goals, to go with 47 conceded, consigned United to a bottom of the table finish in the league. Part of that could be attributed to the broken clavicle Jakovic suffered early on in the year, limiting him to 19 appearances on the season. But, this coming season is all about starting fresh and placing the disappointment of last year behind the team. Former United stalwart Ben Olsen has been appointed head coach, and he’s rebuilt and retooled the roster during the offseason.

Even in the face of heavy turnover, Jakovic is a firm favorite to start on March 19 when United opens the season against the Columbus Crew. Still, he’s taking nothing for granted and knows he has to fight for a spot in the starting lineup.

“Nobody has their position, there’s a lot of new players and you gotta earn your start,” he said.

Even if he does begin the season as Olsen’s first choice at centre back, Jakovic will likely miss a handful of games away with the Canadian national team, as he did two years ago.

In his latest appearance with Canada, Jakovic picked up his 10th cap, and is a candidate for a starting role in this summer’s Gold Cup. He started three out of four games in the tournament’s 2009 edition, including the 1-0 quarterfinal loss to Honduras. A bright start to 2011 would not only benefit his club’s attempt at a turnaround season, but it would also place him firmly as a favorite to start for Stephen Hart’s team when the Gold Cup starts in June.

Jakovic recalled a positive experience during his last stint in CONCACAF’s regional competition.

“I think we did pretty well last [time] in the Gold Cup. We were a little unfortunate to lose to Honduras, but obviously the main goal is to qualify for the World Cup,” he said. “I think Hart has done a great job in bringing in the players now, whether it’s getting more friendlies, just having more time together to be together and gel as a team.”

With a busy path ahead of them, Jakovic hopes to remain fit and help generate a turn of fortune for D.C. United, and taste success with the Canadian national team during the summer. He continues preseason camp this week out in California.