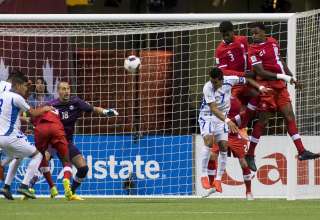 Canada Soccer said it likely won’t comment on FIFA’s decision to slap a two-year ban on the former coach of the El Salvadoran national team for his actions leading up to a September, 2016 World Cup qualifier at BC Place.

On Wednesday, FIFA announced it had slapped coach Ramon Maradiaga with a two-year ban for allowing a “third party” to meet with his players ahead of a World Cup qualifier against Canada. The players reported the meeting to authorities, and claimed a businessman offered them financial incentives to do well against Canada — because if El Salvador could at least keep the score respectable, it would benefit Honduras.

“Based on the report, the investigatory chamber investigated and analyzed Mr Maradiaga’s involvement in an attempt to manipulate matches, allowing and not reporting a meeting held between the players of the national team of El Salvador and a third party, in which financial compensation was promised to the players in exchange for their altering the result of the game between El Salvador and Canada,” read a statement from FIFA.

As the investigation solely focused on the approach made to the El Salvador national squad, and didn’t involve the Canadian team, Canada Soccer has said it doesn’t have anything to add to FIFA’s decision.

Going back to September 2016: El Salvador was already eliminated from Hex contention. Mexico had already wrapped up first place in the group. Canada trailed Honduras by three points and on goal difference for second spot in the group, and the final spot in the Hex. Canada ended up beating El Salvador 3-1, but Mexico and Honduras played to a goalless draw at Azteca Stadium. So, in the end, the Canadians knew that the fact Honduras were able to play Mexico to a stalemate made the result of their final game moot.

The 0-0 draw marked the second time in the group that the Mexicans and Hondurans played to a stalemate.