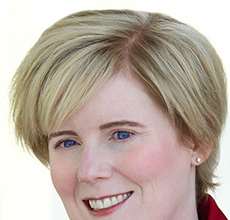 Minister of Sport and Persons With Disabilities Carla Qualtrough

Calgary has made national headlines over the last couple of days after its city council agreed to back a study that might return a recommendation that the city could, if it wanted, have the wherewithal to bid for the 2026 Winter Olympics.

The announcement, of course, was met with a romantic reaction. Calgary’ ‘88 Winter Olympics were a massive success. The city already has a lot of infrastructure in place to host another Winter Games.

But, we also must remember that the Canadian Soccer Association is still planning to bid on the 2026 World Cup. One of the first orders of business for CSA President Victor Montagliani (now that’s he’s the head of CONCACAF, he now has less than a year to relinquish his CSA post) was to announce the intention to present Canada’s bid to FIFA. And, political leaders across the country are well aware of that bid process — in 2014, the second issue of Plastic Pitch focused on Canada’s 2026 World Cup, and it featured interviews with city leaders from across the country.

So, could Canada possibly host both an Olympics AND a World Cup in the same calendar year? The heart says yes, but the head says hell no. Both would require massive support from various levels of governments, and it would be difficult to imagine taxpayers subsidizing both of those events.

In the end, you’d have to believe that one bid would sabotage the other — and in the worst-case scenario — both would blow up because of it. Before we get to “official bid” time, Canadians need to decide which they’d rather go for.

For the upcoming issue of Plastic Pitch (issue 9, out soon), Canada’s new Minister of Sport and Persons With Disabilities, Carla Qualtrough, answered some questions about possible federal support for a World Cup bid. She said there are ongoing discussions with the CSA regarding the bid, and the “implications” for the hosts.

(Remember that when the bid plan was announced by the CSA, the Conservatives were in power. The Liberals are now the party in charge of the federal pursestrings. We’ve had a political change in Ottawa. How that could affect a bid remains to be seen.)

Here is a snippet from her Q and A:

“The Canadian Soccer Association is a valued national sport partner as the caretaker of the game here in Canada and our country’s representative around the international soccer table.

“Hosting a major international sporting event in Canada is a substantial commitment on the part of the Canadian Government and given the competing interests for federal funds, we must always consider the opportunities as well as the opportunity costs of supporting such events.

“The Government of Canada supports the hosting of events that encourage participation in sport and active lifestyles, showcase Canada’s great cities and provinces, and help enhance infrastructure and opportunities for local economies.

“In addition to the sport benefits and legacies of sport hosting, we are increasingly interested in the opportunities to leverage events to produce tangible social, cultural or economic benefits for Canadians and their communities. These can take many forms, but we would be particularly interested in activities aligned with broader Government of Canada goals such as: Engaging persons with disabilities, Indigenous Peoples, youth and the development of recreational and cultural infrastructure.”

So, taken at face value — and remember that this Q and A was conducted before Calgary’s “maybe we’ll bid” stance was made public — the feds would give priority to multisport events. The Olympics carry a Paralympic component, the World Cup doesn’t reach out to those with disabilities.

Flip a coin. Choose one or the other. But it would be a manic dream to believe that Canada could have both.