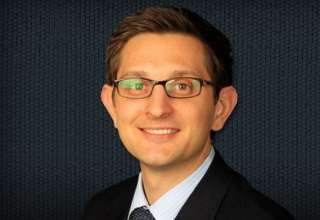 Every announcement of a new management hire (not just in sports but in any business) brings forth the usual platitudes about putting the past in the rearview mirror and looking towards the future. Toronto FC’s introduction of Tim Bezbatchenko as the club’s new general manager indeed carried promises of a brighter future for the snake-bitten franchise, and yet Bezbatchenko’s hiring seems to have come as a direct result of TFC’s past roster construction woes.

“As we looked at our history and kind of opened the wounds here, we began to ask what have we done wrong and why have we not been able to make sense of this here,” MLSE president and CEO Tim Leiweke explained. “One of the things that was very clear is that we’re always struggling with the cap here. We’re getting out-traded, we were always in trouble with our cap, we were always trying to get rid of bad contracts from day one….this has always been an issue here. We’ve never done a great job of analyzation, we were always about flash and not about work.”

In order to address this issue, the Reds hired Bezbatchenko, a 31-year-old attorney who has spent the last three years working in the league office overseeing contracts, arranging signings and various other player personnel duties for six MLS teams, one of which was Toronto FC. While Bezbatchenko has impressive credentials and was highly regarded by MLS Commissioner Don Garber, he’s also a neophyte not just as a GM, but in any sort of team front office environment.

It’s a risky move for Leiweke to begin his stewardship of TFC with a rookie general manager, yet he sees Bezbatchenko’s hiring as a forward-thinking move. As if expectations weren’t high enough, Leiweke even described the move as “a Theo Epstein kind of hire,” drawing comparisons to the former Boston Red Sox GM who was hired at age 28 and eventually delivered two World Series titles to the long-suffering baseball team.

“[Bezbatchenko] is kind of young but I like that, I like fresh thinking,” Leiweke said. “Our bet here is this is where the league is heading. You’ve got to be very analytical as we’ve seen here, we make a mistake and we’re stuck with it. It takes so much of our cap that we have no room to fix that mistake.”

The logic behind the hire is somewhat curious given that TFC is in a better salary cap position than it has been in years due to former GM Kevin Payne’s various cap-clearing transactions. Of course, Payne was fired for ruffling a lot of feathers around the soccer world and (more importantly) failing in a few bids to bring a major Designated Player to Toronto.

Bezbatchenko, Leiweke and head coach Ryan Nelsen all said that the club plans to acquire two DPs and has a half-dozen candidates singled out. One could argue that bringing in two big names before addressing the team’s roster depth is just more of the “flash” that Leiweke himself derided, but the new general manager noted that the issue with past Reds DPs was simply that the club didn’t sign wisely.

“Designated players, we’ve got to get them right. They’ve got to produce on the field and reflect their budget number on our roster,” Bezbatchenko said. “If you use the correct approach, do the appropriate due diligence, you can increase your chances on having a high strike rate on these players. You’re not going to always get them all right, that’s impossible, but you have do your homework and make sure that for these decisions we get them right.”

Toronto FC’s past failures aren’t the fault of Bezbatchenko or Leiweke, as the latter is just a few months into his job running MLSE. Both men understand, however, that changes are needed to overcome seven years of baggage.

“In the past, there hasn’t been a culture or an identity that everyone can really understand and resonate with,” Bezbatchenko said. “In MLS today, successful teams have that style of play that everyone knows and loves. We need to start off first by understanding who we are and what we want to be down the road….and making sure that the player personnel matches that identity.”

Leiweke believes TFC is closer than people realize to finally becoming a respectable side, even saying that the team-building process “is not that difficult,” which could go down in history as an infamous statement given TFC’s cursed reputation.

“There are 11 slots and you need a couple of players per slot. This is about filling in the boxes and that means it’s not all about flash or statements or going out there and spinning it, you’ve got to do some heavy lifting. In this league it’s pretty simple,” Leiweke said. “Tim said it, we have to draft well, develop through the academy well, trade well and choose your DPs. That’s how you fill your boxes out. One thing that Ryan [Nelsen] pointed out is that it’s not like we’re 22 boxes away, we’re four or five boxes away.”

Leiweke said he’ll be involved in the “heavy lifting” until January, which is Leiweke’s self-imposed deadline for showing fans, sponsors and season ticket-holders that TFC is on the right path. After that, Bezbatchenko will be completely in charge.

Leiweke made Nelsen’s continued employment a condition for any new general manager, despite the fact that Nelsen was a Payne project and the Reds are just 4-14-11 on Nelsen’s watch. Bezbatchenko said he would have the power to fire Nelsen in 2014 if the team wasn’t progressing, but also said Nelsen possessed much of what he looked for in a coach.

“He is an incredibly hard-working individual, he’s passionate, he can squeeze the most out of his players and he’s incredibly intelligent. Those are some great attributes to have for your head coach,” Bezbatchenko said.

Asking a new GM to adopt an existing head coach is the type of awkward management decision for which Toronto FC has become known, whether it’s hiring two men (Aron Winter and Paul Mariner) for essentially the same job, wasting millions on oft-injured or ineffective DPs or cycling through eight coaches in seven seasons. Between the Nelsen situation, Bezbatchenko’s inexperience and Leiweke’s apparent belief that putting together a winning MLS roster is as easy as playing FIFA Manager, there are definitely still a few cracks in TFC’s foundation.

Bezbatchenko’s hiring, however, at least represents an attempt by the club to learn from its mistakes and also possibly be ahead of the curve.

“We think the league is changing,” Leiweke said. “If you look at the NBA, they’re a good example for us to fellow. Analytical skills, the ability to understand the cap and manage the cap, and [being], as someone called him, a ‘wonk’ is a high priority for us going forward. We want to be in a position where we do a better job of analyzation than any club in the league.

“This isn’t about a wonk or a cap-ologist, or an analytical geek. It’s about a guy that works very hard, is passionate about the game and is very driven at trying to fill in the boxes in a very strategic way. It’s as simple as that — we have to fill in the boxes and get better.”