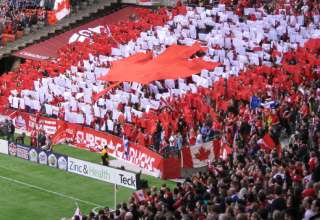 As the short-listed cities debate the merits of being World Cup hosts in 2026, we learn a little more about the United bid with each council meeting, with each report that comes from a city’s administrators.

Last week, as Edmonton voted to support going forward as a potential World Cup host city, we learned about the growing concerns over Calgary’s potential bid for the 2026 Winter Olympics, and the conflict that might bring.

On Tuesday, it was Vancouver’s turn to endorse itself as a potential World Cup host city, and we learned a little more about the process along the way. Vancouver, Edmonton, Montreal and Toronto have made the shortlist to be host cities — if the joint United States/Canada/Mexico bid for the 2026 is successful. We’ll learn which 16 cities over the three nations could be host cities in 2021.

In the report to Vancouver’s city council, administration laid out what are “key assumptions” of the 2026 United bid.

“Key assumptions and principles from the United Bid Committee have been described for the development of the risk associated with Host City obligations:

· Existing facilities will be leveraged (no competition stadiums to be built)
· The 2026 FIFA World Cup will be comprised of 16 Host Cities
· Assuming minimum 2 Host Cities in Canada, 1 in the East and 1 in the West, maximum hosting of 5 games in Vancouver.”

OK, so that’s key. There’s an assumption from the bid committee that Canada’s World Cup hosting duties will be spread out. So, if only two cities are selected in the end, it CANNOT be Montreal-Toronto or Vancouver-Edmonton. Of course, two cities is seen as the minimum, so we’re not excluding the possibility of three. From the outset, we’ve been told four is highly unlikely.

Vancouver’s City Council was also informed that, if any improvements need to be made to BC Place — and we know that grass will need to be installed in the stadium to make it World Cup-ready — won’t come out the City’s budget. From Tuesday’s report:

“Unlike other major international events hosted in Vancouver there are no obligations for capital infrastructure related to athlete accommodations or transit improvements. The City of Vancouver will not be responsible for any necessary capital improvements related to BC Place Stadium (including any modifications concerning the playing surface).

PavCo and Sport Hosting Vancouver are in discussions with the Government of British Columbia regarding the required provincial support if Vancouver is named as a Host City in 2021. A formal request for support has not been made at this time.

Staff have reviewed all the options that will limit the City of Vancouver’s risk as a Host City, and recommend that a way forward is to enter into a Multi-Party Agreement with the Province and the Federal Government which indemnifies and releases the City for those obligations arising out of the Host City Agreements which are outside of our normal budgetary framework and mandate.”

While both Edmonton and Vancouver have confirmed talks are ongoing with various levels of government, there has yet to be any funding promises from governments in British Columbia, Alberta or from the federal ranks.

Each host city could see an economic impact of $90-$480 million. (That’s a pretty wide spread).