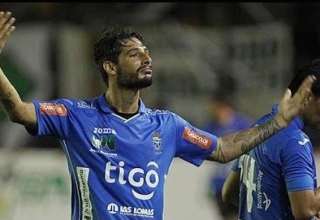 The Eddies are set to fill their open international roster spot, as Argentine midfielder Nicolas Di Biase trained with the team Friday.

The move for Di Biase, who was previously with Bolivia’s Club Blooming, comes on the heels of moves for Canadian midfielder Ben Fisk and Portuguese/American fullback Pedro Galvao.

“He has a consistency in possession of the ball, he’s an experienced player,” said Eddies coach Colin Miller about Di Biase. “I think he’s going to be a very good signing for the Eddies.”

Because Di Biase is used to playing in the extreme altitudes of Bolivia, Miller believes that his fitness level will be very high.

“It took a little while for the deal to go over the line, but he was very keen to join us,” said Miller. “He was very keen to move to North America, to see what this was about. And, from his videos, he plays it, wins it, he’ll tackle his granny to win, which is Colin Miller’s traits, isn’t it?”

Di Biase will play is a left-sided central midfielder, which Miller says “gives balance to the team.” In fact, with Adam Eckersley, Galvao, Dustin Corea and Johann Smith already on the team, the Eddies have more true left-footed options than most NASL clubs.

Midfielder Cristian Raudales and Marko Aleksic, who had been out with long-term injury issues, trained with the team on Friday.

“Marko has probably been the unluckiest player in the club,” said Miller. “The kid has done so, so well in training and then, all of a sudden, he gets almost an opportunity, and then he picks up another injury.

“The kid’s giving competition for places. He’s ready to play.”

And, while the Eddies are getting players back in the lineup, the Carolina RailHawks, thanks to injuries and visa issues, are putting together a squad with Band Aids. A very thin RailHawks side — without Mexican star Omar Bravo, who at this moment can’t legally work in Canada — lost to Ottawa Wednesday. The RailHawks are hoping to have Bravo’s paperwork done in time for Sunday’s game at Clarke Field.

Even though Carolina coach Colin Clarke shares a name with Edmonton’s stadium, it has been his most unhappy place in the NASL. The RailHawks still have not won a game at Clarke Field. Ever.

But Miller believes Carolina was a lot better than the scoreline showed on Wednesday.

“I watched them against Ottawa… I thought they were better than Ottawa. I thought they passed the ball better, there was more movement. And they are a dangerous team. They’re missing a few players at the moment. I don’t know if Bravo can travel, they’re still waiting for the travel papers to come through, but he’s a terrific player. He’s a great signing for the league.”