September 27, 2022
9 New Articles
Home Canadian Premier League CanPL News and Notes Another deep Canadian run helps the case for a second team in the CCL: And it stands to benefit the CanPL 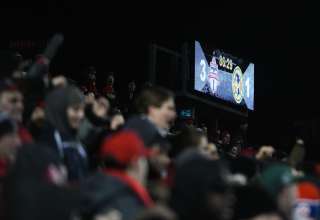 In the wake of Toronto FC’s CONCACAF Champions League semifinal triumph over Club America, there were a few tweets that ended up in my stream that came off like this: That, because TFC didn’t qualify as an MLS team, it’s not really representing MLS.

What does that mean? Well, the MLS format has no bearing on how the league’s three teams qualify for international tournaments. How teams qualify for things like the CCL is determined by the national associations. So, to get the single CCL spot available to Canadian teams, Toronto FC had to win the Canadian Championship. The fact that TFC won MLS Cup in ’17 or got to MLS Cup the year previous has no bearing on CCL whatsoever.

For the American teams, MLS positioning means a great deal when it comes to getting CCL spots, because the USSF deems it so, and recognizes MLS as the official first division of the United States.

But, to suggest Toronto FC isn’t really representing MLS is kind of weird. Even though it can’t qualify for CCL via MLS, it is still a member team of that league.

The totally needless Twitter debate, though, should have been the stepping stone to a much more important conversation. And that’s how much Toronto FC’s CCL success (and the Montreal Impact’s run to the CCL final in 2015), could end up benefiting the nascent Canadian Premier League.

It’s been openly acknowledged by the CanPL brass that Canada Soccer is actively pushing to get Canada at least one additional slot in the CCL; the hopes are that this second spot would go to the CanPL champion, as the league, once it kicks off in 2019, will be recognized as Canada’s official division one.

That spot could send a second Canadian side into the qualifying rounds of the CCL.

Canada has a few aces in the hole. It might help a little bit that the president of CONCACAF is a Canadian. It’s noted that, Scotiabank, the title sponsor of the CCL, is a Canadian bank.

But the big argument will be about the competition. And the glaring, obvious truth is that Canada, despite only having one team in CCL, year after year performs better than the United States, which has four slots in the tournament.

In 2017, the Vancouver Whitecaps got to the semis, beating an American team (New York Red Bulls) on the way there. This season, it has to be noted that TFC beat the Colorado Rapids on the way to the final.

It doesn’t matter that these were MLS-vs-MLS matchups. For the purpose of international club soccer, this was Canada vs. USA, and Canada won both.

Yes, the Canadian teams are MLS teams, but what Canada Soccer and the CanPL will argue is “look how successful Canadian teams have been in the CCL, Canada deserves another slot because of this.”

Ironically, the success of these Canadian MLS teams could be a big boost to the CanPL, as it would be the likely beneficiary of that extra CCL slot. Or slots? Heck, the way Canadian teams regularly outpace the American teams in CCL, maybe Canada should be asking for more than two, considering that the Americans get four.