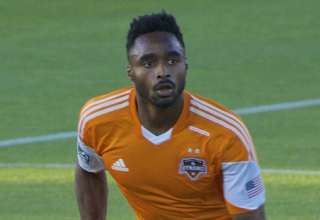 In soccer, the last-second goal is usually an occasion of great drama.

But, for Toronto FC, the concession of a late goal has almost been an inevitability, as it did for the third time in seven games this season on Saturday. Toronto had taken the lead in the 58th minute but conceded in the last second of the game and had to settle for a 1-1 draw with the Houston Dynamo.

“To throw these points away—they’re very hard to get back and so I just feel really bad for them because the work ethic is great,” said TFC head coach Ryan Nelsen, who’s seen his team throw away a victory for the second game in a row and third time this season.

“It’s a great bunch of guys. All the hard work they put in during the week should be rewarded with performances like that — which was a fantastic performance.”

Toronto had taken the lead when Jeremy Hall jumped on a poor Houston clearance out of its own penalty area. Hall fended off one Houston defender to claim the ball and then cut back onto his right foot to elude another.

He then dispatched a well-placed right-footed shot from 25-yards out that tucked inside the post to the right of Houston goalkeeper Tally Hall.

Just four minutes later, the situation got even better for Toronto as Robert Earnshaw looked like he was going to lose a footrace to Jermaine Taylor in trying to race onto a long through ball.

Taylor, however, raised his arm and, though there may have been marginal contact at best, Earnshaw veered away as though he had taken an arm in the face. As Taylor was the last man back, he was given a straight red card for the infraction.

Toronto failed to capitalize with the extra man and, in the end, substitute Warren Creavalle was standing virtually on the goal line and flicked home a last-second corner that had nodded toward goal by two of his teammates.

It’s all too familiar.

“I’ve got to put my neck on the line and say it won’t happen again because it can’t,” said captain Darren O’Dea. “We’ve just been too good and we deserve more and the fans and everyone deserves more at the minute.”

Having to settle for a single point means Toronto is still looking for their first win at home since July 18, 2012 when they beat the Colorado Rapids 2-1.

Though the team was a victim of a last second breakdown once again, they had their chances to put the game away. Just six minutes in, Earnshaw had a right-footed curling shot come back off the crossbar.

He also had a shot go into the side netting in the 39th minute.

“I thought it was an absolutely brilliant performance against the MLS Cup finalists. We could have got three or four clear opportunities,” said Nelsen. “I thought the guys really played well and I’m gutted for them.”

After Toronto had taken the lead and Houston had seen Taylor sent off, Houston barely got another sniff of goal but Toronto couldn’t deal the deathblow to their opponents from Texas.

Just a minute after Houston had been reduced to 10 men, Earnshaw had an overhead kick land on the goal and in the 66th minute, Logan Emory had a header saved on the line.

“We’re so close to being very good and winning games and it’s just we have to tweak little things and we have to learn to manage the game and see the game through,” Earnshaw said. “We can’t go through games and be winning and be doing well and then all of a sudden in the last few seconds concede a goal.”

For the most part, it was an assured performance by a Toronto back line that was missing Ashtone Morgan through suspension and Richard Eckersley and Darrell Russell with injuries.

Late in the game, eventual Houston goalscorer Creavalle went in hard on a tackle with Emory that forced Toronto to bring on Doneil Henry as Emory looked to have an injury. He had to be helped around the field and was visibly limping.

But the only real chance Houston got, it finished. Conceding the late goal is a habit Toronto knows it needs to break and it’s something it’s already put a great deal of time and effort into fixing.

“We worked on corner kicks and set pieces all week. A lot of reps on them,” said Hall. “No goals in practice and the last one of the day is a goal so we lose out on another three points. We can be sitting really nice in the table so it can be very frustrating.”

Still with just one win this season, all that work TFC is putting in needs to start paying off soon.