December 02, 2022
9 New Articles
Home Global Game CONCACAF And then there were six: Calgary’s out as a potential World Cup 2026 host city 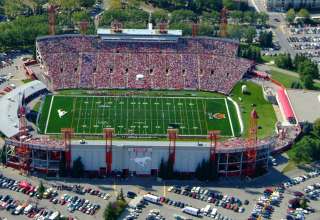 The bid committee overseeing the joint U.S./Canada/Mexico push for the 2026 World Cup released an updated list of potential host cities for the tournament on Thursday.

The number of Canadian potential host cities has been lowered from seven to six, as Calgary’s McMahon Stadium has been removed from the list. That means Canada’s fourth-largest metro is out. And, Toronto and Montreal now have one stadium each put forward as potential World Cup venues, as the Rogers Centre and Stade Saputo have been eliminated.

Rogers Centre was always going to be a long shot because, well, even if it was to only host a couple of games, FIFA takes over World Cup venues weeks ahead of the tournament, and that’s just too much of a hole to put in the Blue Jays’ schedule.

The CONCACAF joint bid is up against Morocco for the right to host the 2026 tournament.

To be a World Cup stadium, the venue will need a natural grass surface — unless FIFA introduces a rule that allows senior World Cups to be played on a mix of surfaces. The Americans and Mexicans will use grass fields, so Canada’s fields will likely need grass, too.

The stadiums also need to have a minimum of 40,000 seats — and none of the seats can be temporary. No one-off deliveries of bleachers to pad the capacities of the stadiums.

And, look for FIFA to require security perimeters around the venues.

The issues? Only one of the six stadiums has a grass field — BMO Field — and it’s 12,000 seats short of being World Cup ready. Ottawa and Regina both need expansions and grass fields. Edmonton is likely good without a major renovation outside of a grass field, and its location north of downtown offers plenty of room to build a security zone. Olympic Stadium would need some kind of facelift. BC Place needs grass, but is otherwise in good shape.

Let the Canadian regional squabbling begin! If you live in any of the six cities, of course your city is the best place for the World Cup, and the other five suck! Now get on Twitter and belittle your fellow Canadians!