May 21, 2022
9 New Articles
Home Global Game CONCACAF And then there were four: Regina, Ottawa eliminated from World Cup 2026 host-city pool 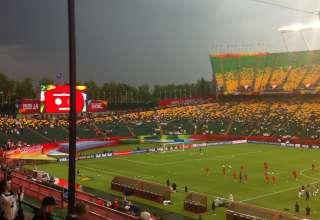 The dream of hosting 2026 World Cup matches is now dead in Regina and Ottawa.

The United Bid Committee unveiled the 32 finalist cities in Mexico, Canada and the United States that could host World Cup matches. And, from Canada, Toronto’s BMO Field, Vancouver’s BC Place, Montreal’s Olympic Stadium and Edmonton’s Commonwealth Stadium have made the cut.

Ottawa and Regina were not on the list. Calgary was cut at an earlier stage.

“Having hosted every FIFA competition other than the FIFA World Cup, Canada has built a strong foundation across the country from which we can now draw on as a member of the United 2026 bid,” said Steven Reed, United 2026 Board Member and Canada Soccer president in a release.  “Canada has proven itself to be a soccer nation and we are confident Canadians will come together to show, once again, the wonderful Canadian hospitality that has helped make each of our previous FIFA tournaments successful.”

Commonwealth Stadium and BC Place were slam dunks, considering they already pass the 40,000-seat minimum needed for World Cup stadiums. BC Place was modernized for the 2010 Winter Olympics, while renovations were made to Commonwealth ahead of the Women’s World Cup. Edmonton hosted more Women’s World Cup games in 2015 than any other other city, and Vancouver got the final.

Toronto’s BMO Field  will need to be expanded to meet World Cup requirements, but is the only one of the four Canadian finalists to have a grass surface.

The release stated that there is still hope for the cities eliminated from the hosting process to have some kinds of roles in the World Cup.

“The United Bid Committee will also continue engaging with the nine cities that are not advancing to the next stage of the candidate host city process. Those cities, along with others, are being considered as possible locations for Team Base Camps or other competition-related events leading up to the 2026 FIFA World Cup.”

The united bid is going against Morocco for the right to host the 2026 World Cup. 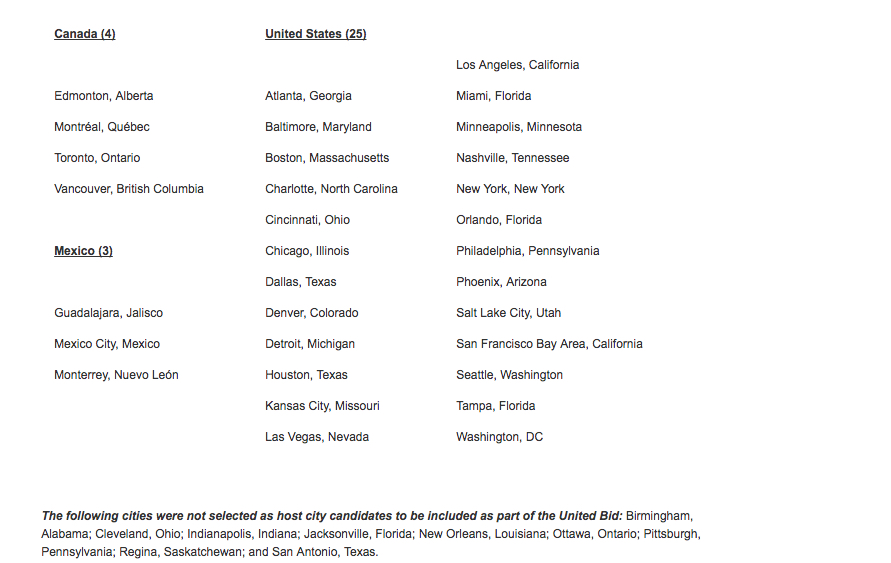