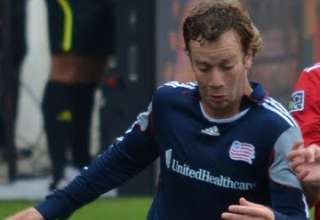 Toronto FC has played some poor games in its four-plus year history. It has had (a few) bright moments, too. But, if you’ve already forgotten Wednesday’s 0-0 draw on the road to the New England Revolution, you’re forgiven.

A game between a Toronto FC squad that struggles to score and a New England Revolution team that’s anonymous outside of midfield star Shalrie Joseph didn’t make for compelling viewing, especially when sports fans in the Boston area had something better to do — something about a hockey game and a Cup.

For Toronto FC fans, a road point in New England, a place where TFC has made a habit out of losing big, could be seen as a positive step. Two road draws in less than a week, and TFC moves up in what looks to be a very bad Eastern Conference outside of Philadelphia and the New York Red Bulls.

But, for Toronto FC fans, there were few talking points in a game that was devoid of creative flair. TFC coach Aron Winter may profess the 4-3-3, but you’d have been hard pressed to find differences between tonight’s workmanlike performance and the Preki-ball of 2010. Still, there were a few talking points: Teenager Doneil Henry looked very comfortable in a central defensive role. In the first half, he had what amounted to the Reds’ best scoring chance of the game, when he rose to meet a corner and headed just over the bar.  In the second half, a sliding intervention from Henry prevented the Revs’ Zack Schilawski from getting to a dangerous cross. Henry looked composed beyond his years, even though he’s been fast-tracked into the lineup thanks to the injury epidemic that has decimated the Reds’ backline.

While Henry looked composed , TFC’s Mikael Yourassowsky isn’t going to be earning himself a lot of love for yet more theatrics. He earned a deserved yellow card for a brutal dive, and simulation of injury after what was a fairly minor tangle with the Revs’ A.J. Soares. It’s not the first time we’ve seen Yourassowsky hit the deck, and it’s becoming a troubling pattern.

And, speaking of unnecessary cards, the little-used Gianluca Zavarise was sent off after seeing two yellow cards within the space of five minutes. As goes the old adage, it wasn’t the second yellow, it was the first. He was called for time wasting in the 86th; and it came back to bite him when he got a second yellow for a hard foul in 90th minute.

Zavarise will be suspended for Saturday’s game against the Seattle Sounders. Toronto FC, which has been dreadful in the first 15 minutes of games so far this season, did give up one good chance; a second-minute corner was met by the head of Revs’ striker Rajko Lekic, but the attempt was directed right into the hands of TFC keeper Stefan Frei.

Lekic was the creator of the Revs’ best chance of the second half, laying a ball off in the area for Joseph to fire at goal; but the shot, like the first-half header, was directed right at Frei. He didn’t even have to move to stop it.