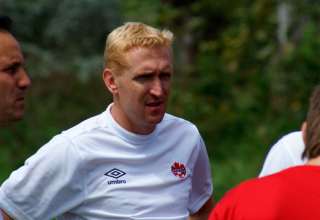 All four of Canada’s MLS and Division-2 professional sides are represented on the roster of the U-18 developmental squad. This team will gather in Costa Rica Nov. 16-26 under coach Rob Gale.

This is a way for the Canadian program to keep tabs on prospects ahead of the next two U-20 World Cups and qualifying for the 2016 Olympics. There are several familiar faces from the Canadian team that went to the U-17 World Cup in Mexico earlier this season, such as TFC Academy’s Michael Petrasso, Glasgow Rangers’ Luca Gasparotto and FC Edmonton striker (for now) Sadi Jalali.

The Vancouver Whitecaps’ Residency sent six players to camp. TFC Academy have seven. And the Montreal Impact’s Academy sent three. FC Edmonton just launched its academy, at the U10 level. It won’t phase in U12, U14 and U16 programs until the players at the U10 level grow into those levels.

But FCE did get a player on the roster, as Jalali has signed with the club in the interim, as he awaits for his German work permit to be approved. He is scheduled to head to Kaiserslautern in the January transfer window. He signed a unique deal with FCE that gives the club his North American rights, and allows him to train with the club through the winter until he’s cleared to go to Europe.