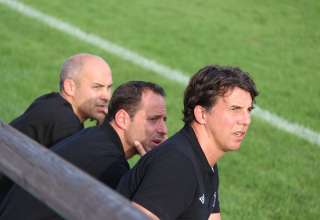 Two days after a remarkable win over the United States, the Canadian men’s U-20 slumped to a 1-0 defeat to Azerbaijan at the Marbella Cup in Spain.

Coach Nick Dasovic’s men lost the match after midfielder and Vancouver Whitecap Bryce Alderson was sent off, and then Azerbaijan got a late penalty-kick winner. Details from the match have been limited, and neither the Canadian Soccer Association or the Association of Football Federations of Azerbaijan (yes, that’s the federation’s name) have yet to put up any sort of match reports.

We have had to work off Twitter feeds from the match and even the identity of the goalscorer has yet to be released.

“Disappointing loss today but we’re all staying positive and looking forward to bouncing back against Scotland,” tweeted Canada’s Ben Fisk after the match.