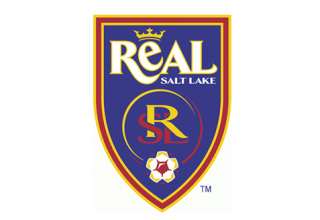 The Whitecaps announced Thursday that the postponed match against Real Salt Lake will be played the evening of October 6 at B.C. Place. Vancouver’s scheduled July 16 match against RSL was postponed after rain made the temporary grass pitch — installed at Empire Field for the July 18 friendly against Manchester City — was deemed unplayable.

The postponement miffed RSL, arrived in Vancouver two days ahead of the game. While RSL’s coaching staff was present at the stadium and agreed that the pitch was unplayable, the fact that Vancouver had given itself no wiggle room for error by putting in the grass just ahead of the game didn’t sit well with the visitors.

The Whitecaps have to play the Portland Timbers just four days before the rescheduled Real Salt Lake match, while the visitors would have been on an off week. But there was no doubt that, given the circumstances of the postponement, that the rescheduled game was always going to fall on a date that was more beneficial to RSL than it was to Vancouver.

The kickoff is set for 6:30 PT, awfully early for a weeknight, especially for fans that have to fight Vancouver’s hellish rush hour to get downtown. But, that start time is a convenient 7:30 p.m. in Utah. Again, everything about the scheduling of this game looks like an effort to please RSL. But, really, that’s how it has to be.

“We were very disappointed to have to postpone our Real Salt Lake match earlier this month,” said Paul Barber, Whitecaps FC chief executive officer, in a release. “With the match now rescheduled for October 6, we are delighted to offer our fans one additional opportunity to witness a Whitecaps FC match on Bell Pitch downtown at BC Place this season. We appreciate the understanding our fans have shown, as we worked towards rescheduling this match.”