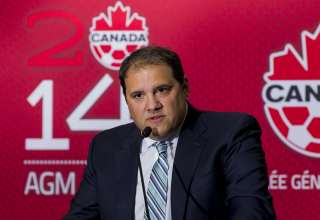 As soccer supporters in Canada, we certainly don’t want the MLS season to be interrupted by a long labour stoppage.

Even though the Collective Bargaining Agreement between MLS and the MLSPU expired at the end of January, the sides realistically have until MLS First Kick in early March to hammer out a new deal in order to ensure that a full season can be started on time. But the sides remain on separate poles when it comes to the make-or-break issue: Free agency. And, with every report of a cancelled bargaining session or lack of progress, the worries increase that a labour stoppage will disrupt the season.

Let’s for a second imagine that we see a nuclear option: A labour impasse that stretches for a significant period of time. The Gold Cup comes up in July; Canada’s World Cup qualifiers begin a month before that. For Canada, this Gold Cup holds special significance as it acts as our qualifier for the 100th anniversary Copa America, which is set for the United States in 2016.

So, if MLS isn’t playing games, how would it affect the Canadian program?

Canadian Soccer Association president Victor Montagliani said that this country’s national team would end up faring a lot better than some of the competition.

“From the technical side, there are a handful of players in MLS who could be part of the team that would be at the Gold Cup. And it would hurt if those players weren’t playing. But, when you look at all the countries in CONCACAF, we might be one of the ones least affected by an MLS work stoppage. Certainly, it would not affect us like it would the United States, where the majority of their players play in MLS.”

I spoke with Montagliani to get his take on Canada’s relationship with U.S. soccer and leagues such as MLS, NASL and NWSL. That full interview will be featured as part of the spring 2015 issue of Plastic Pitch — an issue that will solely be devoted to looking at the soccer relationship between Canada and the U.S. It will ask the question: Has Canadian soccer been helped or hurt by its relationship with our neighbours to the south?

But we did speak for a bit about MLS and its CBA uncertainty.

“My concern is for the game of soccer in general if there is a work stoppage,” said Montagliani. “I hope the players and the league can come up with a win-win solution that is beneficial to both sides.”

The fact that Canadians count as imports on American teams but as domestics on the Canadian ones — while the Americans are domestics on both sides of the border — has created an MLS where very few Canadians now ply their trade in the U.S. And for those who play in the U.S., how many do we see as Gold Cup or World Cup qualifying keys? Will Johnson is recovering from a serious leg break , and you couldn’t say that Kyle Bekker or No. 1 SuperDraft pick Cyle Larin would be locks to make a Gold Cup squad. So, if a lockout or strike was to run into the early summer, Canadians would be concerned to see players such as Toronto FC’s Jonathan Osorio, Whitecap Russell Teibert or Montreal Impact players such as Karl Ouimette and Patrice Bernier not getting competitive minutes.

Heck, because Canada has relied heavily on Unattached FC over the last year, we can (sort of) jokingly say that we’re better prepared than any other nation on the planet to have a chunk of our top players go into a top tournament without any real competitive games under their belts.

But the Canadian situation wouldn’t be anywhere as close to being as bad as it would be for the United States. MLS has worked to repatriate many national-teamers and fringe national teamers; so from Clint Dempsey to Michael Bradley to Jermaine Jones to Jozy Altidore to Mix Diskerud, American coach Jurgen Klinsmann could have to choose from a lot of players whose only soccer action is at the negotiating table.

The U.S. and Mexico are already Copa America invitees. Costa Rica, as Copa Centroamericano champions, is also in. Jamaica, Caribbean Cup winners, is also in. Two more CONCACAF spots remain open for the Copa America, and they will be decided through the Gold Cup.

So, who else would be affected? Guatemala finished a surprising second at the Centroamericano and will be a Gold Cup player; its most important player, Marco Pappa, could be on picket lines leading up to the tournament. Honduras could have to deal with striker Oscar Boniek Garcia, midfielder Luis Garrido and defender Victor Bernardez not being able to play league games. Panama could see striker Blas Perez waiting for FC Dallas to play a game.

Jamaica and Costa Rica, while already having qualified for the Copa America, could also be hamstrung for Gold Cup. And, Canada could still have to play meaningful games against those sides. Costa Rica is set to play in a group that will play some of its games at Toronto’s BMO Field, so we’re all betting that Canada might be drawn there.

It’s still a long way off, but if the MLS and its union remain at an impasse into May, the pressure from the national federations will come. They’ll want their players playing, not sitting, as CONCACAF nations prep for the Gold Cup. Some, who begin World Cup qualifying early in the CONCACAF process, will heap added pressure.

If MLS is on hold for months, it could act as a hell of an equalizer for the CONCACAF stage.