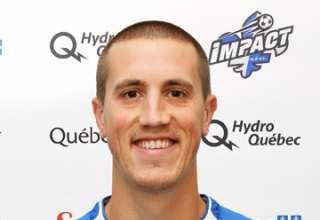 It takes more than a little co-operation to make it to the NASL postseason, but the Montreal Impact does not seem to be appreciative of others’ efforts on its behalf.

Sixth-place Minnesota, holding down the last postseason slot for the moment, did its bit last night by dropping a 2-1 decision to Tampa Bay. Tonight’s adversaries played the final 60 minutes a man short but, despite this assistance, the best the Impact could manage was a 1-1 tie against the Puerto Rico Islanders.

The Impact took a lead with less than two minutes to play but gave it up before the final whistle blew.
The opening half featured lacklustre play from both sides with very few build-ups leading to scoring opportunities. Puerto Rico showed more of an offensive mind while the Impact defence countered and nullified the host’s efforts.

By the 16-minute mark, only four chances had materialized, two for each side and the referee had allowed a couple of hard tackles to go un-noted, most notably Islander midfielder Osei Telesford’s raking of Leonardo Di Lorenzo’s shin.

Twenty-five minutes in, a Puerto Rico corner kick headed towards the Montreal mesh led to its best chance of the opening half. The shot, when it came, was off the foot of an Orange Trooper lying on the pitch. His modified bicycle try was deflected by defender Hassoun Camara, who sent the ball skipping over the crossbar.

In the 30th minute Islander defender, Logan Emory, the last man back, took out a charging Miguel Montano with more gusto than was necessary and was shown the gate. Despite holding a numerical advantage, the Impact was not able to capitalize or even mount a threatening attack on the Islander goal. The half ended without either team finding the back of the net, the most telling statistic in the first 45 being that Montreal was called back a half-dozen times while the Islanders did not go offside at all.

The second half got off to a quicker start than the opening frame, with Islanders forward Yaikel Perez having two shots stopped by Evan Bush in the early going while Montreal’s Montano took his second shot of the night in the 55th minute. The Impact forward’s shot forced keeper Ray Burse to get airborne, tipping the ball just wide of the net with his left hand.

Midfielder Ryan Pore joined the match in the 72nd minute and put his first touch on net, giving Burse cause for alarm within seconds of hitting the pitch. Montreal’s 11-on-10 advantage finally seemed to be paying off as the Impact increased its possession time and applied pressure continuously from the 80th minute on.

Luke Kreamalmeyer’s drive came close, hitting the outside of the cage in the 86th but it was Pore who, two minutes later, gave his teammates the notion that they’d be the first team to escape Puerto Rico this season with three points in tow. Forward Mignane Diouf found him with a pass that the former Portland Timber rolled to the back of the net to Burse’s right.

The celebration was short-lived as the referee awarded the Orange Troop a penalty in the game’s last minute. Dominican Republic national, Jonathan Fana, a 90-minute man in last night’s 1-1 FIFA World Cup qualifier against Suriname, took a shot that found its way past Bush, turning a virtually assured three-point harvest into a meagre single-point gleaning.

Tonight’s setback leaves the Impact three points out of playoff contention with as many games to go. Montreal’s next game is Sunday afternoon when it hosts the first-place Carolina RailHawks, who are guaranteed a bye for the opening round.

THROW-INS: The Islanders were without six regulars due to World Cup qualifying play. Five, among them team captain, Noah Delgado, played with the Puerto Rican side that fell 3-0 to Canada yesterday and forward, Gregory Richardson, is representing his homeland, Guyana. Defender Richard Martinez, who played all 90 minutes last night, subbed in at the 32-minute mark.

• With Nick De Santis in Montreal tending to personal matters Mauro Biello, the third man to direct the Impact’s on-field fortunes so far this season, now has a first NASL game as head coach on his resume.